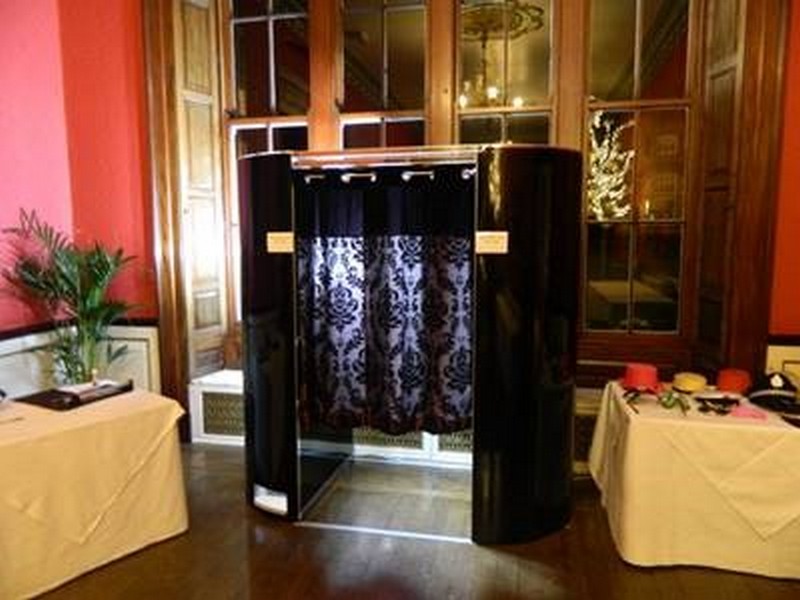 Did you know that the backdrop can make all the difference to your photo booth hire?

At the moment there are essentially two types of photo booth.  The open style such as the Magic Mirror & the closed style such as your traditional booth.    With the traditional photo booth the light is contained within the booth.  However with an open booth the light has to work “harder” in order to light the subject.  We’ve seen – and heard of – photo booth companies that do not use backdrops for their open booths, preferring to use whatever is available at the venue.  This might be the party itself or it might be a convenient wall.

Within an enclosed booth the light doesn’t have anywhere to go but to the subject.  That principle is the same whether the photo booth uses continuous light or a flash to light the subject.  It’s one of the reasons why we don’t recommend using green screens technology with an open booth.  We don’t recommend video either but that’s a different story.

With that background out of the way – you can basically have any sort of photo booth backdrop that you want in our booths.  We’ve been asked for flower walls, glittering backdrops, red, white, black …. It really is only limited by you.

The only thing to bear in mind is that if you are thinking of having a specific backdrop – our standards are red, white and black – then please do let us know early on in the booking process so that we can either source it or spruce up what we have here.  We’ve been providing photo booths for hire since 2011 and have loads but some are more used than others.