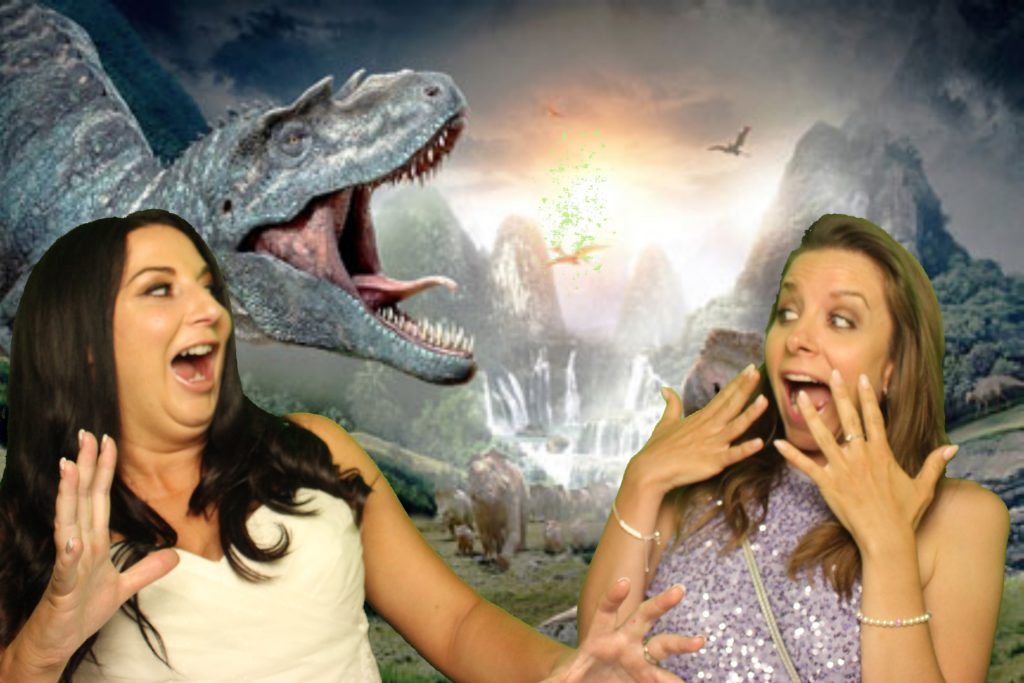 Green screen is a visual effects technique that many photo booth companies offer nowadays. It relies on a post-production technique for composting, or layering two images together to create one, based on the colour hues. Green or blue backgrounds are most commonly used since they differ most distinctly from most skin tones. It follows then that printing green screen images will take slightly longer than printing a normal image.  As you can see from the picture, the images looks as if they are in the location.

This is just part of a page we’ve put up recently around this whole subject.  We include green screen into our Gold package (along with video, unlimited prints & Party Print) as it’s a very popular add on.  However it’s not for everyone AND there are a few rules that you should follow.

There are a few Green screen “rules” to follow

First, and perhaps most crucially, the images must be royalty free.  If anyone owns those images then you need to get permission.  This is particularly important if it’s a public corporation - like Disney.  The issue is a bit blurry, because if you Google “Disney Princess”, for example, there are loads of their images.  These don’t appear to be protected or branded.  Safe to say, some corporations are more protective than others - Shutterstock, for example, brand all their images to stop this very issue.  Some events that we go to have a particular theme.  An appropriate backgrounds can help to tie it into the event.  We offer green screen with our Gold package – but it’s fair to say that it is not for everyone (which is why we don’t offer it in our other packages).

Secondly it’s important to remember that the images are layered together – not merged.  There is an important difference here.  The non-green screen image is effectively placed on top of the other image with no allowance made for context.  For example, a very popular green screen image is of a sunset beach.  Unless the guests have dressed appropriately, there is no way they are not going to look out of context!

Thirdly, and a fact often forgotten, is that because of the layering effect, your guests are going to be in front of the image.  If there are lots of guests in the booth then the green screen image is going to be obscured.

We have three styles of booth available for hire.  We’d strongly recommend using a traditional photo booth for any green screen event.  Why?  Any photograph relies on the interaction of light around the subject.  This is particularly true of green screen.  With a traditional photo booth the light is necessarily constrained within the booth itself.  It’s also easiest to control the green background.  With any style of open booth it simply isn’t possible to control the light and, we feel, this leads to poor results.  We have the same concerns with using open booths and not using a background of some sort.